Well the New adventure started with a big bang 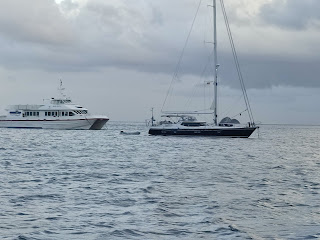 Well something made me look up at around 7.25 pm and I saw the boat was moving so I called on the radio but got no response and suddenly I heard the most enormous bang as his boat hit mine with his length he was across both hulls

While finding the owners I put my anchor down again away from the crash site and got onto my dingy and motored around 1.5mles offshore to assist with stopping the fancy boat from going onto the rocks and we found that he had around 16m of chain out to hold his 28 to 30 ton boat and when he put this anchor down he was in 8 m of water (not what his report says however after finding the boat locked I pulled his chain up by hand so I could put a line on it and pull it away from the rocks.

Around 20 minutes after I got to his boat out to sea the owner and three men arrived and opened the boat and started the engine and took control of the boat . 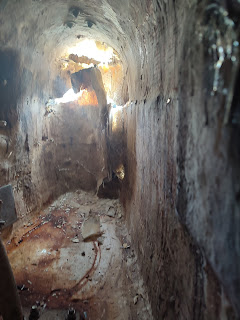 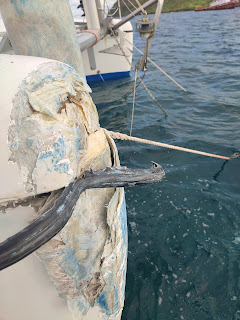 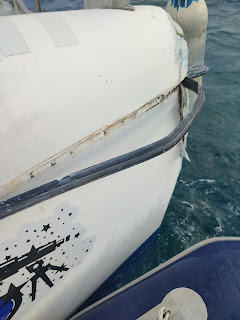 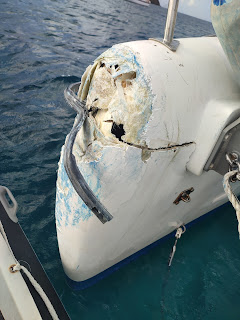 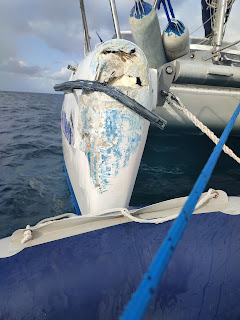 Popular posts from this blog

February 21, 2019
Hi all this is my blog for adventures sailing in my home to as many beautiful places i can
1 comment
Read more

August 16, 2020
Hi All I have been back two weeks now and working towards getting mrs Opela back in order again because when I got back the fact that i had left her alone for such a long time made her decide to take revenge Bev on Dandelion had been looking after her for me by airing her out once a week and checking the bilges as well and running the engine once or twice for me and for that I am truly thankful but my lady is a very jealous lady and she wasnt happy to be left standing so when I got on board I was expecting to find mould and black algae and a host of other things lurking in corners not often looked at. My first big one was that the new stay wires i had had installed in Le Marin in Martinique a year and a half ago were worn such that one fell on the deck because the hook swaged to the end simply snapped and on further inspection i found the others were all cracked as well which means I cannot sail her. I phoned the suppliers and they were struggling to remember my boat but soon r
1 comment
Read more

July 22, 2020
Start of Day 14 Position: 40° 39.8787' N 071° 09.1321' W Boat: All good with the boat and we are sailing slowly Last night we had almost no winds so its very slow and it could mean we only arrive very late in the night tonight. People: we are both fine Speed: 2 to 3 KTS Wind: 4 kts Easterly Distance 74 miles sailed yesterday Course: true , to Newport Rode island Conditions: ok sailing conditions for very light winds 24-hour mileage: 74 miles with around 50 miles still to go to Newport with an estimate of 1806 miles sailed of the 1856 total miles Comments: It was very slow last night but we had to be vigilant because we are near New York and there is a lot of shipping traffic to look out for and then at 5 am the fog set in and you could see nothing but you could hear the ships horns blowing all around. And amongst that there were sports fishing boats racing around at over twenty knots with visibility down to less than half a mile and at times John said h
Post a Comment
Read more